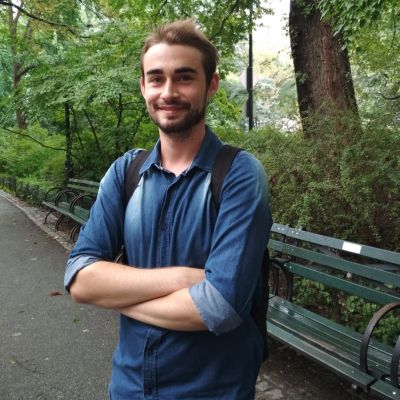 I’m Carlos Blázquez. I was born and raised in a town near Valencia. I moved to Barcelona to pursue my degree in Microbiology at Universitat Autònoma de Barcelona, to which I successfully graduated in 2016. Shortly after graduating, I started working as a research fellow in the School of Life Sciences at the University of Warwick, UK. After a year, I moved back to Barcelona to start a Master’s degree in bioinformatics at Universitat Autònoma de Barcelona, doing my master’s thesis at the CNAG, finally graduating in 2017. After my master’s I spent a year working as a bioinformatics technician in Vall d’Hebron Institut de Recerca, until I decided to start a Ph.D in Irsicaixa. My role in Mistral will consist in setting and applying bioinformatic tools and pipelines, along with biostatistics for biological and clinical data processing.