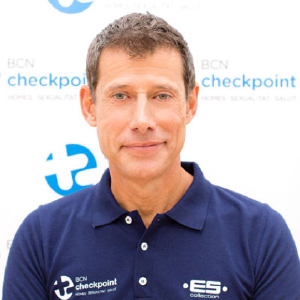 Founder in 1993 of the NGO Projecte dels NOMS-Hispanosida, organization of people living with HIV / AIDS. Cofounder in 1998 of ATOS (Association for Organ Transplants to Persons Living with HIV), organization which promoted the access for people with coinfection of HIV and VHC to the Organ Transplant Program, resulting in the first liver transplant in Spain in 2002. Member of the EATG (European AIDS Treatment Group). Spanish representative in the HIV/AIDS Civil Society Forum (CSF) from 2007 to 2017.

In 2006 he implemented BCN Checkpoint, the first European community centre for gay men, other men who have sex with men and transgender women for the detection of HIV and other STI. The centre introduced the rapid HIV test for the first time in a nonclinical centre in that same year. The model of community intervention for early HIV detection developed by BCN Checkpoint has been recognized by WHO and ECDC, and over the years has inspired the creation of similar centres throughout Europe (such as in Lisbon, Athens, Paris, Bologna, Zagreb, etc.).

A second community centre was opened in 2017 with the name BCN PrEP·Point with the aim to provide information, to conduct research and to improve the control and uptake of PrEP in our community